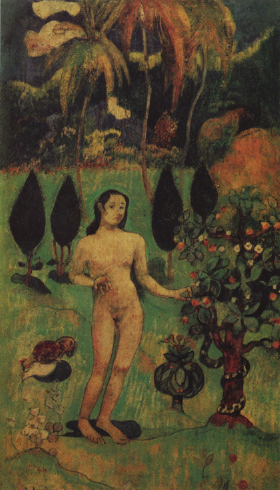 making sure you know and understand what your doctor is prescribing and why.  I have come across many doctors who are more than happy to sit down and explain everything.  I have also come across a select few who are of a mindset of ‘I’m the doctor, I know best, ‘just do as I say’’.  They do not like their decisions being questioned and it’s like pulling teeth to get answers.  Now really, it’s 2013 not 1950’s, or 1850’s for that matter. The healthcare system today is moving towards a more pro-active approach to patient care.  Yet there still are some doctors who, for lack of a better word, are condescending to their patients.  I say this because I have one of these doctors.  A gynecologist as a matter of fact.

Not having the surgery means having another plan of action.  That also means other complications can come into play. In 2012 I started on a hormone therapy for a few months. It was a progesterone only hormone called Prometrium. It caused swelling in my legs. A little while afterwards I also suffered from multiple pulmonary emboli that came from blood clots from my leg.  Over the past year I have been getting tests to find out why I had the blood clots and to check for cancer in my body.  My pharmacist approached me about the hormone I was taking saying in rare cases it has caused blood clots to form.  When I brought this to my doctor’s attention recently when he wanted me to go back on the same hormone he was very adamant that it wasn’t the hormone.  “It’s impossible” he said.  He brought out his big book to read up on it.  I had the printout from the pharmacist with me to show him. His response was “well if you don’t need it then don’t take it”.   I didn’t take it.

Now having just seen him again this past week because my issues are not resolved, he said “I am putting you on Depo-Provera just for 3 months. It should clear everything up”.  After our last talk about Prometrium and I wouldn’t go on it I didn’t think he would prescribe another progesterone hormone treatment for me.  So when I went to fill the prescription it was the same hormone and with a clear warning that it can cause blood clots!!  He just prescribed another type as if I wouldn’t know better!  I found that very condescending.

My bleeding issues have been going on for 3 years now.  It doesn’t help that I am on blood thinners now because of the Pulmonary Embolism.  Because of my age I should be in menopause.  I do get a monthly shot to try to force the menopause.  At what point does the body say enough and you have to give in to the surgery?

My first plan of action is to talk with my thrombosis doctor about the hormone and blood clots.  I won’t be taking the new prescription until I speak with him.  I will get him to talk with my gynecologist.  Then take it from there.

Being pro-active in your own health care is your right.  It can also save your life.

Have a Great Day!

I came from a financial background including banking, insurance and real estate. I am an advocate for people taking there health into their own hands. That includes mental, physical and spiritual health. I am also a mother and grandmother (babcia) to a delightful, rambunctious, curious, beautiful, precious....(I can go on for ever) little boy.. who melts my heart every day.
View all posts by Donna →
This entry was posted in HEALTH MATTERS and tagged blood clots, deep vein thrombosis, gynecologist, Hormone, hormone therapy, progesterone, Pulmonary embolism, Surgery, Thrombosis. Bookmark the permalink.
HeartSphere