SUNNIER TIMES FOR FIBROMIALGIA PATIENTS (you be the judge) 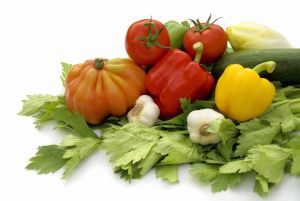 is the Director of Research at The Fibromyalgia Research Foundation. The Foundation is very adamant that Fibromyalgia is a metabolic disorder and must be treated as such with Thyroid Therapy other than the usual T4 Therapy used.  Often the Thyroid tests will come back normal for T3/T4, however, symptoms still persist characteristic of hypothyroidism. The following is on the sidebar of his latest article:

Excerpt from the Dictionary of Reality

1. Pathology. widespread pain and tenderness, typically accompanied by other symptoms characteristic of hypothyroidism, usually caused mainly by a thyroid hormone deficiency or partial resistance to thyroid hormone, and often complicated by other conditions such as cortisol and sex hormone deficiencies or imbalances, a pro-inflammatory diet, nutritional deficiencies, low physical fitness, and adverse effects of prescription medications; afflicted individuals usually recover when treated with integrative metabolic therapies and lifestyle improvements, and especially when treated with thyroid hormone therapies other than replacement with T4 or T4/T3.

2. Marketing. a medical diagnosis for a set of symptoms claimed to be of unknown origin and incurable, providing a population of medical-care consumers motivated by chronic pain to purchase a variety of prescription drugs that are largely ineffective but through media advertising and endorsements by researchers funded by Big- Pharma, provide substantial revenue for pharmaceutical corporations and the medical researchers the corporations fund.

Light is Shining on Steadily More of the World of Fibromyalgia

Our viewpoint is that fibromyalgia is a metabolic disorder, and afflicted patients require metabolic treatment and lifestyle changes that improve metabolism. The most important metabolic treatment for most patients is thyroid hormone therapy other than T4 or T4/T3 replacement. Thyroid hormone replacement (with dose adjustments that keep the TSH within its current-but-often-changing reference-range) is not effective, according to studies, for some 50% of patients.

If you cannot find a cooperative clinician, don’t despair. You still have the option of self-guidance to recovery. We at FRF now enthusiastically advocate the self-care approach for fibromyalgia/thyroid patients.

Dr. Davidson wrote, “. . . enough is known about fibrositis (termed “fibromyalgia” since late 1989) to permit effective self-treatment to some extent . . .” (Italics ours).

Dr. Davidson also wrote, “Self-treatment has no small significance in this age of enormous medical costs. Whatever suffers can do to participate in their own treatment represents a great source of self-satisfaction and a saving of consumer dollars.”

It’s worth noting that Dr. Davidson was aware in 1989 that enough was known about fibromyalgia. “. . . to permit highly effective treatment in most cases.” He was referring to treatment by clinicians, and he was right—enough was know at that time to effectively treat most patients. Some ten-years later, however, high-profile rheumatologists who studied fibromyalgia admitted publicly that they had never gotten a fibromyalgia well. These same rheumatologists, to this day, steadfastly refuse to consider that fibromyalgia can be a symptom patter that results from hypothyroidism or thyroid hormone resistance. Until they do, they’ll have continue their record of failing to help fibromyalgia patients recover their health.

I am on Dr. Lowe’s mailing list.  This does not mean I endorse all his theories, however, as time goes on, the only way I was able to get myself free of pain and many of the other symptoms of my Fibromyalgia was by changing my whole lifestyle.  I had a major change in my diet.  No more fast food.  No white, only whole grains, and cut out processed foods which made a HUGE difference in a matter of weeks.  So I am totally with him on that point.  Along with meditation to reduce stress and reiki.  Which I then became a Reiki Practitioner.  I will admit I still have one tender point I have to work on.  A big difference from the 18 I was diagnosed with 4 years ago.

This is why I, myself, am very adamant about taking your health back into your own hands.  I would probably be in a wheelchair now if I didn’t.  There is no cure, at the moment, for Fibromyalgia.  That doesn’t mean we cannot live a normal life with it.

It is our bodies way of telling us, you over did it; you didn’t listen; now you pay the consequences.

For Dr. Lowe’s latest article: Sunnier Times Ahead for Fibromyalgia Patients, here is the link to the Fibromyalgia Research Foundation:

I came from a financial background including banking, insurance and real estate. I am an advocate for people taking there health into their own hands. That includes mental, physical and spiritual health. I am also a mother and grandmother (babcia) to a delightful, rambunctious, curious, beautiful, precious....(I can go on for ever) little boy.. who melts my heart every day.
View all posts by Donna →
This entry was posted in FIBROMYALGIA and tagged FIBROMYALGIA, Fibromyalgia Research Foundation, lifestyle changes, metabloic disorder. Bookmark the permalink.
HeartSphere